MANILA – NorthPort Batang Pier clinched a seat in the quarterfinals of the 2019 PBA Governors’ Cup via a 98-96 win over Barangay Ginebra San Miguel Kings last night at the Smart Araneta Coliseum.

For finishing the eliminations with a 5-6 win-loss record, the Batang Pier secured the seventh spot in the quarterfinals and at the same time ousted Rain or Shine Elasto Painters (4-7).

The Kings jumped to a double-digit edge early in the game but the Batang Pier rode on the exploits of Qualls in the second period to come to within 51-52 at the half.

It was a seesaw affair since then before the Batang Pier surged to a 93-87 lead on baskets from Qualls, Standhardinger and Juan Paolo Taha.

The Kings quickly trimmed it to 92-93 but NorthPort surged ahead anew at 97-92 after a Taha basket.

The Kings made its last push to come to within 96-97 but could not buy a basket. Taha iced the win with a free throw.

As the Kings slid down to 7-4, Justin Brownlee finished with 31 points and nine rebounds while Stanley Pringle and LA Tenorio added 18 and 15 markers, respectively.

In the first game, the Painters ended its campaign with an 83-81 upset over quarterfinals-bound Meralco Bolts.

Down by as much as 13 points late in the third period, the Painters started its run in the fourth quarter behind Richard Ross Jr. and Rey Nambatac to take a 71-69 lead on Mark Borboran’s basket.

The lead grew further for the Painters at 82-77 on a triple by Nambatac and inside hits by Ross. The Bolts rallied to within 81-83 and had a chance to win it but muffed their attempts.

Ross Jr. posted double-double 26 points and 12 rebounds, while Nambatac chipped in 24 points for the Painters.

Allen Durham finished with 23 points and 15 rebounds as the Bolts dropped to 8-3./PN 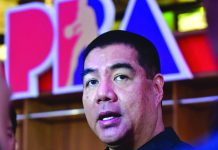 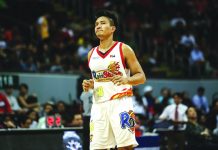