Atty. Mavil Majarucon Sia, city Comelec officer, said the final testing and sealing was done to ensure that the machines would function well.

Sia, along with the Board of Election Inspectors (BEIs), members of the Iloilo City Police Office (ICPO), and representatives of political bets and parties, conducted the final testing and sealing of machines at the A. Mabini Elementary School on Mabini Street, City Proper.

The A. Mabini Elementary School is where six clustered precincts would be opened today for registered voters from barangays Villa Anita, Inday, San Felix, and Mabolo-Delgado to casting their votes.

Lyn Gordoncillo, assigned trained technician at A. Mabini Elementary School, said the VRMs encountered some problems during the testing but these were immediately addressed.

“Some of the problems were unreadable USB (Universal Serial Bus), paper jamming, and there was one VCM which refused to shut down,” Grodoncillo said.

John Vincent Ebro of Barangay Villa Anita village “cast” his vote during the final testing and sealing. Although he was able to register with the Comelec, Ebro’s fingerprint was not recognized by the VRVM.

The VRVM verifies the fingerprint to make sure that the voter is registered with the Comelec.

“My fingerprint was not read by the machine, probably because it was wet,” he said, adding that he was allowed to vote after his name was found using the manual search of the Comelec list of voters in his precinct.

After “casting” his vote, Ebro successfully fed his ballot to the VCM.

“It was successful. At least, with the VCM and the VRVM, we can have fast and accurate elections,” he said. (PNA/PN) 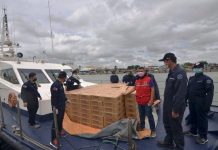 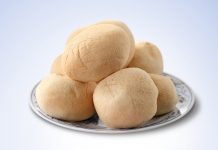