ILOILO – The Provincial Health Office (PHO) is preparing for a massive information drive on the no-smoking policy at the provincial capitol.

“We will select a person-in-charge in each office to serve as advocate,” said PHO head Dr. Patricia Grace Trabado.

Just this July Gov. Arthur Defensor Jr. issued an executive order directing the strict implementation of Iloilo Provincial Ordinance 2016-127 in all provincial government facilities such as the Iloilo Provincial Capitol.

The ordinance prohibits and penalizes the use, sale, distribution and advertisement of cigarettes and other tobacco products in certain places in the province.

Trabado said her staff will visit each capitol office to conduct a health education campaign.

Trabado said the PHO will also have a profiling of the health status of capitol personnel.

The capitol has an estimated 2,000 regular employees.

On Sept. 9, 2019, the PHO launched the Barangay Kapitolyo Smoke-Free Campaign to promote a tobacco-free workplace.

The highlight of the event was the signing of commitment led by Governor Defensor, mayors, Provincial Board members, all department heads and chiefs of hospitals, and officers of the Association of Iloilo Provincial Government Employees, among others.

The Provincial Anti-Smoking Task Force is in-charge of going after the violators. Violators shall be subjected to the standard disciplinary sanctions under the rules of the Civil Service Commission.

The World Health Organization data showed that seven million died per year because of diseases secondary to smoking. Of the total deaths, 890,000 were due to exposure to secondhand smoke.

Smoking one to two cigarettes per day also increases a person’s risk by 48 percent to develop coronary artery disease which can resort to heart attack and death. (With a report frm LHC, Capitol News/PN) 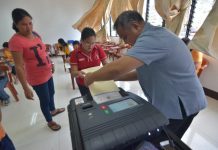 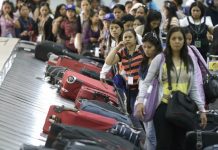