MANILA – Optimism on the United States (US)-China trade meeting in October lifted investors’ sentiment and buoyed both the Philippine stocks and the peso Monday.

But he noted “investors remained hesitant” due to the third straight month of low job creation growth in the US last August, with the figures only at 130,000.

With these factors, counters in the local bourse ended mixed but most mirrored the main gauge.

Financials led the sectors with an increase of 1.08 percent, followed by the Property, 0.55 percent; Services, 0.44 percent; and Industrial, 0.12 percent.

On the other hand, Mining and Oil declined by 1.58 percent and Holding Firms by 0.23 percent.

BPI Research traced this to Fed rate cut expectations and the People’s Bank of China’s decision to reduce reserve requirement ratio by 50 basis points from 13.5 percent to 13 percent to stimulate the world’s second largest economy.

The local currency opened the day at 51.88, better than its 51.95 start in the previous session.

Volume reached USD1.07 billion, lower than the USD1.45 billion at the end of last week. 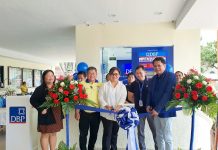 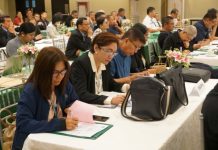