According to the PVO, the district has become the priority in the implementation of the rabies action plan after being identified with the highest incidence of canine rabies in Negros Occidental, totaling 18 canine rabies cases out of 33 cases confirmed last year.

Local government units (LGUs) under the Fifth District agreed to hold a dog vaccination starting from the high-risk barangays followed by the border barangays until the whole district has been fully saturated.

The conduct of the dog vaccination seeks to cover at least 70 percent of the total dog population in the shortest time in order to mitigate the spread of rabies to other nearby places.

In a press release, the PVO noted that these LGUs have been supportive of the policies and measures to be taken in curbing rabies threat.

“Some LGUs with higher number of available canine rabies vaccines also expressed their willingness to let other LGUs in the district borrow their stocks while their own vaccine procurement are still on process,” according to the PVO release.

Further, a team comprising of veterinarians and PVO personnel will conduct the dog vaccination activity and rabies Information Education and Communication (IEC) campaign. 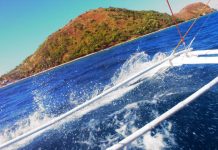 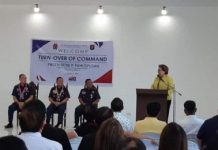