Four sachets of suspected shabu valued at around P20,000 were recovered from James Michael Facto, 39, and Mark Anthony Cahandig, 34, – both residents of this city.

Antidrug operatives of the Roxas City police station staged the entrapment operation around 8:40 p.m. on Monday that led to the arrest of the suspects.

Facto and Cahandig were placed under surveillance for almost two weeks, said Arcangeles.

He added the illegal drug transaction was made through a cellphone with a police asset who served as poseur- buyer.

Aside from suspected illegal drugs, a cellphone and P500 marked money were also seized.

Facto and Cahandig were detained in the lockup cell of the Roxas City police station, facing charges for violation of Republic Act 9165, or the Comprehensive Dangerous Drugs Act of 2002./PN 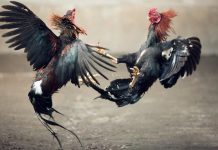