MANILA – The Sandiganbayan Fifth Division recently cleared former Makati City mayor Elenita Binay of a graft case in relation to the purchase of P72-million worth of furniture for Makati City hall.

In a resolution dated June 10 but was released publicly over the weekend, the Sandiganbayan granted the demurrer to evidence filed by Binay citing insufficient evidence.

The Sandiganbayan noted in its resolution the prosecution failed to turn another accused, former Makati City general services chief Ernesto Aspillaga, as a state witness.

Aspillaga earlier claimed Binay gave him a handwritten note expressing her favor for the supplier that won the bidding but he did not keep the said note as it was illegal.

There was no sufficient evidence on the alleged excess purchases, as the audit team was “not able to make a physical count or inventory of the items that were supposed to have been purchased vis-a-vis the number of items present in the premises.”

In 2016, the Sandiganbayan 4th Division also acquitted Binay of graft over the anomalous purchase of P13.25-million worth of office furniture.

Elenita was the wife of former vice president Jejomar Binay, who is also facing numerous charges, mostly during his time as Makati City mayor./PN 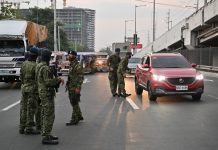 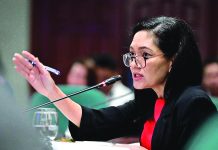 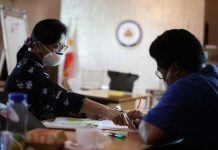