SC spokesperson Brian Keith Hosaka said Associate Justice Alfredo Caguioa have already submitted a report on the recount and the revision of ballots from three provinces, but the high court justices did not make any action yet.

“The PET has concluded and finished the recount and revision of the ballots in the 3 test provinces,” Hosaka said in a press conference. “However, the tribunal has not taken any action yet on the said report of Justice Caguioa.”

Marcos only lost the vice presidential race to Robredo by 263,473 votes in the final and official tally by the Commission on Elections. Marcos garnered 14,155,344 votes while Robredo got a total of 14,418,817.

In his election protest, the former senator questioned the election results in 39, 221 clustered precincts in some 25 provinces and five cities all over the country involving around 9 million votes.

The ballot recount covered 5,415 election precincts in three pilot provinces chosen by Marcos: Camarines Sur, Iloilo and Negros Oriental. The results of the recount will determine whether or not the case will proceed to Marcos’ remaining contested voting precincts./PN 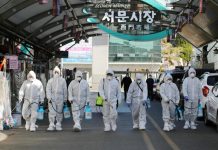 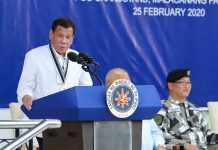 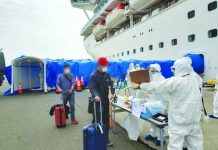