MANILA – Finance secretary Carlos Dominguez III said some sectors that continue to raise the false specter of the Philippines defaulting on its concessional loans to China have no faith in their own country.

Dominguez said in a statement on Tuesday that fears of the Philippines defaulting on any of its loans are unfounded, given that the government has never failed to pay its debts even during the worst of times.

He said that even when the Philippines was cash-strapped, it had never defaulted on any of its loans, recalling that the country paid its obligations on the USD2.2 billion Bataan Nuclear Power Plant project despite it turning out to be a “white elephant.”

Dominguez also said there is no collateral involved in the loans that the government has entered into with any country as he invited the public to examine the terms of all the loan accords that the Philippines has signed with its development partners, which are available for viewing at the Department of Finance (DOF) website, www.dof.gov.ph.

Even lawmakers have dismissed concerns about the Philippines defaulting on its loans and China seizing the country’s public assets, with Senate Minority Leader Franklin Drilon pointing out that this will never happen, given that Presidential Decree 1177 mandates the automatic appropriations for debt servicing, which means the Philippines will always have to pay its debts.

Dominguez earlier reassured the public that the Philippines will not fall into a “debt trap” to any country as the government expands its infrastructure investments through concessional loan financing from its development partners in the region.

He also reiterated that in conformity with the Constitution and our laws, none of the pipeline projects funded with official development assistance (ODA) from countries like Japan and China allow for the appropriation or takeover of domestic assets in the event of failure to pay, which is unlikely.

The government’s borrowing program, Dominguez noted, remains “very conservative in the sense that we only borrow to invest in projects that will generate economic gains which are greater than the borrowing cost.”/PN 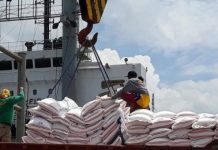