MANILA – To address traffic congestion in Metro Manila, senators on Tuesday proposed the transfer of Malacañang and other government offices to provinces.

Senate President Vicente Sotto III suggested that the Palace must be transferred to Clark in Pampanga, Department of Environment and Natural Resources in Zambales and Department of Public Works and Highways in Bulacan.

“Another way to do perhaps or different kind of perspective as far as the grand transportation plan is concerned, is to decongest Metro Manila itself by transferring all the government departments, offices out of Metro Manila,” Sotto said.

Sen. Sherwin Gatchalian, meanwhile, said the provincial bus ban being implemented by the Metropolitan Manila Development Authority in EDSA was a band-aid solution.

“We have to do drastic measures, not palliative dahil ang problema natin ay malala na po,” added Gatchalian, who recently filed Senate Bill No. 876 that sought the transfer of the seat of the national government to New Clark City in Tarlac by 2030.

Moving the permanent seat of the government is not something new, according to Gatchalian as it was done in United States, South Korea, Brazil, Kazakhstan, and Malaysia before.

“The development of New Clark City is already part of President Rodrigo Duterte’s Build-Build-Build program, and is projected to contribute P1.57-trillion per year to the country’s gross domestic product upon its completion,” Gatchalian said.

“This 9,450-hectare development has already set aside 1,514 hectares for a National Government Administrative Center that will house government offices and its attached agencies,” he added. “It will be the country’s first smart, disaster-resilient and sustainable city that will have a mixed use of residential, commercial, agro-industrial, educational institutions, and information technology developments,” said Gatchalian./PN 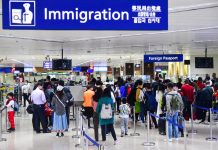 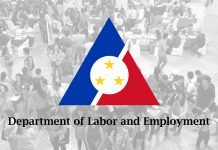 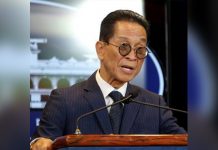