MALAY, Aklan – In two months, all public motorized tricycles plying the streets of the world-famous Boracay Island in this town will be totally phased out, according to acting Mayor Frolibar Bautista.

For tricycle drivers and operators of this municipality, Bautista already laid out the ultimatum that will start on May 15.

The original schedule of the tricycle modernization program was suspended Christmas of last year following the devastation of the typhoon in this province.

Bautista is urging tricycle operators to submit their applications for the e-trike program on or before March 15 for processing. He also discussed with e-trike companies and suppliers to upgrade their charging stations and facilities in the island on Feb 19.

The e-trike program promotes more environmentally conscious mode of transportation and reduces fuel consumption. Currently, there are 182 conventional and gasoline-operated tricycle units in Boracay Island who have not shifted or applied yet in the municipality’s program.

Despite mounting pressures, the acting mayor is standing firm in his decision to remove all gasoline-ran tricycles from the streets of the famed island.

Last November, a group of tricycle drivers and operators requested Bautista and the Sangguniang Bayan to reconsider the total phase out of the tricycles in this town. They proposed redesigned tricycles with proper luggage compartment, elevated roof, reduced passenger capacity and uniform island design, rather than replacing their units with e-trikes.

Former Mayor Ceciron Cawaling issued Executive Order (EO) No. 7 on Feb. 1, 2018 for the full implementation of the program. However, the legislative council requested him to suspend the order due to the temporary closure of the island last year.

It was Bautista who directed the Municipal Transportation Office to enforce the guidelines and policies on e-trikes through EO No. 40 series of 2019 last Nov. 11.

E-trikes are allowed to operate here as public utility vehicle through the Municipal Tricycle Franchising and Regulatory Board, which is tasked to accept and process tricycle franchising, and to issue and grant the Community Tricycle Operator’s Permit.(With a report from Akean Forum/PN) 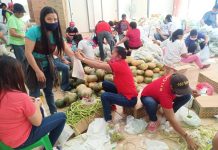 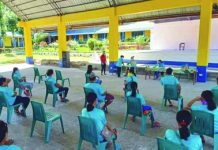 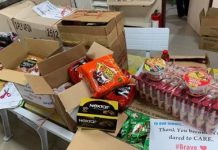