NEW DELHI – Riot police patrolled the streets of India’s capital on Wednesday and the city’s leader called for a curfew following battles between Hindus and Muslims that claimed at least 20 lives.

The two days of unrest — which has seen clashes between mobs armed with swords and guns — is the worst sectarian violence seen in Delhi in decades. 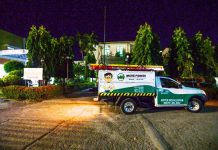