ILOILO City – A total of 310 members of the Revolutionary Proletarian Army – Alex Boncayao Brigade (RPA-ABB) across the islands of Panay and Negros surrendered to the Philippine Army’s 3rd Infantry Division (3ID).

They also gave up firearms at the 3ID headquarters in Camp Peralta, Jamindan, Capiz, according to Army Captain Cenon Pancito III, 3ID spokesperson.

The RPA-ABB is a breakaway group of the Communist Party of the Philippines – New People’s Army (CPP-NPA). They split in 1996 due to ideological differences.

In 2000, the RPA-ABB signed a peace agreement with the national government then under President Joseph Estrada.

The RPA-ABB members who surrendered on Sunday were from the following areas:

Veronica Tabara, the group’s leader, assured the full transformation of her members, said Pancito, and they vowed to help the government attain genuine peace in their communities.

The RPA-ABB is said to have an influence on 100 villages across the country, 91 of which are in Western Visayas.

“With the instruction of the President to terminate the national peace talks, we have intensified our localized peace negotiations with this group,” said Pancito.

On March 26 a dialogue with the RPA-ABB was initiated by the 3ID in the presence of Presidential Peace Adviser Carlito Galvez Jr.

President Rodrigo Duterte is expected to lead the formal demilitarization of the 310 former RPA-ABB combatants in Camp Peralta on Sept. 19.

As part of the decommissioning process, Pancito said, the former combatants will stay at the 3ID headquarters for at least two months to undergo training under the Army.

The doctrines they received from the rebels will be replaced by the military way of peace and security operations, he said.

After the training, the former combatants will be issued firearms to become Special Civilian Active Auxiliary members.

They would be assigned to different areas in the region. They will have detachments under military supervision.

The 3ID commander, Major General Dinoh Dolina, hailed the former rebels for deciding to return to the fold of the law.

“Just and lasting peace in Negros and Panay is within reach. They are now our partners in building a more progressive and developed Region 6,” Dolina stressed. (With a report from the Philippine News Agency/PN) 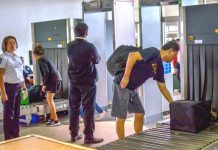 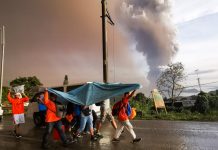