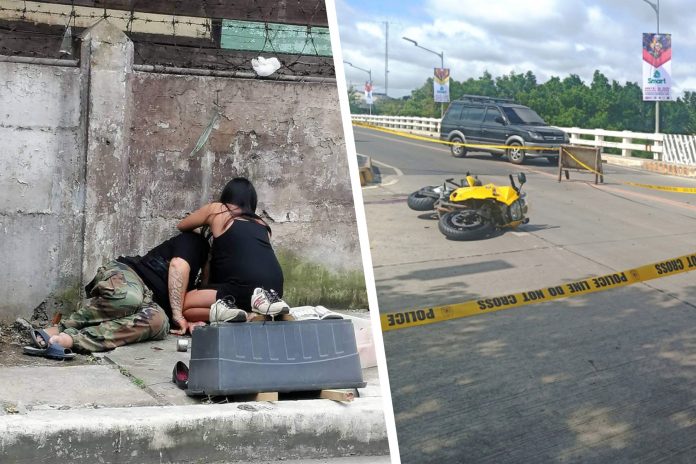 ILOILO City – As the city prepares for the Dinagyang Festival, two men were shot to death just minutes apart in the districts of Jaro and La Paz past noon yesterday. The Iloilo City Police Office (ICPO) played down the broad daylight killings as “isolated incidents.”

Mayor Jerry Treñas ordered the ICPO to conduct an investigation and set up checkpoints.

He said Police Colonel Martin Defensor, the city police director, assured him that the ICPO was “on top of the situation.”

The first shooting took place in Barangay Cuartero, Jaro a little past noon while the one in La Paz happened in Barangay Nabitasan at around 12:30 p.m.

Muller was peppered with bullets outside his house by two masked men who alighted from a silver-painted car at around 12:05 p.m. while a motorcycle-driving Britanico was ambushed by gunmen who were in a black van at around 12:30 p.m. although there were initial reports that the gunmen were riding in tandem on a motorcycle.

According to Police Captain Eduard Siacon, Jaro police chief, Muller was attacked just minutes after emerging from his house.

Muller was brought to the Western Visayas Medical Center in Mandurriao district where he died.

It appeared, he said, that the gunmen prepared for the strike and knew exactly when Muller was emerging from his house.

It was possible Muller went out of the house because he was meeting someone, added Siacon.

“Information reached us that Muller was engaged in the illegal drug trade,” said Siacon.

A week before yesterday’s shooting, Jaro policemen visited Muller’s house and tried to coax him into undergoing drug rehabilitation but he refused citing his tight work schedule.

In Aug. 16, 2019 Muller’s younger brother who was also a call center agent and drug surrenderer was shot by riding-in-tandem gunmen in Barangay Taft North, Mandurriao district. This case has remained unsolved.

The younger Muller was in the watch list of the Barangay Anti-Drug Abuse Council of Cuartero as a drug user. He turned himself in to the police in 2017 but did not undergo rehabilitation.

In the case of Britanico, his family told the police they believed the killing was business-related.

Britanico had a quarry business in Aklan province, according to ICPO’s Colonel Defensor.

It was initially speculated that the shooting was a result of a traffic altercation with a black van.

Britanico was taken to the Medicus Medical Center in Mandurriao district where he was declared dead./PN