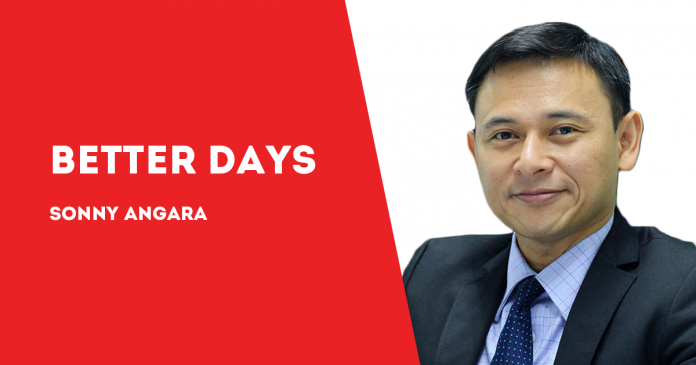 IN 2010, while Aurora representative during the 14th Congress, we helped enact Republic Act 9994 or the Expanded Senior Citizens Act of 2010. This law gave additional benefits for our senior citizens such as value-added tax (VAT) exemption on the sale of goods and services. It also provided them an additional layer of social protection as the law mandates that a P500 monthly stipend be given to indigent senior citizens as subsidy for their living costs.

Fast forward nine years, one of our priority measures for the 18th Congress is Senate Bill 133 or the bill increasing the social pension to P1,000 per month and expanding its coverage to include seniors without any form of pension. This is our response to the urgent call to review and create a more “substantial” pension system that is updated to the evolving needs of our senior citizens.

This measure should be prioritized by both Congress and the Executive as the Philippines is on its way to becoming an aging population. The Commission on Population (POPCOM) estimated that we already breached 8 million senior citizens last year and projected that that number will balloon to 19.6 million by 2040.

Unfortunately, as revealed in a Coalition of Services of the Elderly (COSE) study — among the foremost advocacy groups for senior citizen welfare — one in three senior citizens still don’t have any form of pension. This simply means that they are not recipients of any form of contributory pension (e.g. SSS and GSIS) and social pension.

Our government, over the years, has actively increased the budget allotted for social pension. For 2018, around 3.3 million or 39 percent of the senior citizen population were already receiving the P500 monthly subsidy. This is a substantial jump from only 2.8 million in 2017. But with 28 percent of the elderly population still receiving no form of pension, not to mention the looming challenge of an aging population, there is a need for us to put our social pension into high gear.

While RA 9994 provided that the social pension shall be “subject to a review every two years by Congress, in consultation with the Department of Social Welfare and Development,” there hasn’t been a change in its amount since the law was enacted in 2010. In fact, the social pension’s real value today has even diminished.

Hence, we are pushing for the doubling and expansion of the scope of the social pension. Personally, the passage of this measure would not only be my contribution to senior citizen’s welfare, it will also be my tribute to my late father, Senator Edgardo Angara, the author of the original Senior Citizens Act (RA 7432).

This push should also be coupled with a more proactive stance on Filipinos having actual retirement plans. A 2015 study by The Global Aging Institute (GAI) and Prudential Corporation Asia revealed that 90% of working Filipinos worry about being poor. And one of the factors contributing to this is the lack of proper retirement plans. In fact, according to the Manulife Investor Sentiment Index (MISI), Filipinos only keep around 3.6 months’ worth of income as retirement funds, paling in comparison to the regional average of 2.9 years’ worth.

Advocates even argue that many Filipinos invest in their children so that they can rely on them for financial security upon their retirement. Some also look for work even in their old age to replenish their rapidly dwindling savings.

A reason why Filipinos don’t plan for their retirement is the lack of options other than the ones provided through mandatory contributions like through SSS or GSIS. Nevertheless, we hope to see more forward-thinking Filipinos considering that the Bangko Sentral ng Pilipinas (BSP) launched in 2016 the full implementation of Republic Act 9505 or the Personal Equity Retirement Account (PERA) which I co-authored along with my father. PERA, which is the country’s first-ever voluntary retirement account with tax incentives similar to the 401K Contribution Plan of the United States, allows Filipinos to save and invest up to P100,000 annually (P200,000 annually for OFWs). Earnings from these investments will be exempted from tax.

We are optimistic that with more investment-for-retirement options in the hands of Filipinos, as well as a strong push to increase our social pension and drive it towards a more universal approach, we will one day provide a more realistic cushion for our elderly as they enjoy their twilight years. That day will definitely come sooner with greater institutional support.

Sen. Sonny Angara has been in public service for 15 years — nine years as Representative of the Lone District of Aurora, and 6 as Senator. He has authored and sponsored more than 200 laws. He recently won another term in the Senate. (Email: [email protected]| Facebook, Twitter & Instagram: @sonnyangara)i/PN

Inquiries and the future for the Philippine youth