MUNTINLUPA City – Iloilo United Royals got back on the winning track in the 2019-2020 Maharlika Pilipinas Basketball League Lakan Cup. It posted a 73-67 win over Valenzuela SPV/TOP Marketplace night at the Muntinlupa Sports Complex.

The Iloilo City-based team improved to an 8-5 win-loss record.

The victory was also a huge boost for the Royals ahead of its first-ever MPBL home game against the Pasay Voyagers on Sept. 19 at the University of San Agustin Gym in Iloilo City.

The Royals surged to a 13-4 start on three-pointers by Escoto and Tamsi but the Marketplace went on a run in the second period as they closed the gap to 33-30 at the half.

The Ilonggos regained their form in the third period for a 48-37 edge on shots from Tamsi, John Mahari and Michael Javelosa before widening it to its largest at 69-51 on a Donald Gumaru triple.

The Marketplace made its last push by chopping the Royals’ advantage to 64-71 with under a minute remaining. However, two free throws by Escoto iced the win for the Ilonggos.

For the Marketplace which dropped to 5-10 slate, Reneford Ruaya tallied 16 points and eight rebounds. 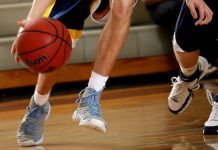 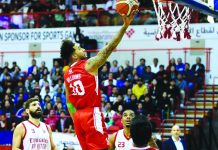 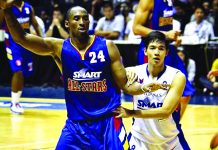