The PBA Commissioner’s Office approved the player-swap after it was agreed upon by the Aces and the Elite last week.

Cruz, former Gilas Pilipinas national men’s basketball team member, was sparingly used at the Aces. He could be a welcome addition to the youth-laden roster of the Elite.

Tratter, who also once played for the national basketball team, will add youth to the Aces’ aging frontline that features Joachim Thoss, Vic Manuel and Negrense Siverino Baclao. 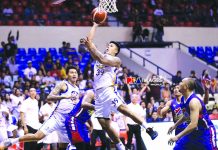 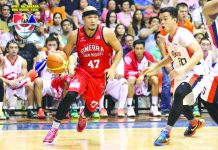