I HAD a lot of free time so I decided to check out the El Retiro Park. It is huge and it’s one of the tourist spots here in Madrid complete with restaurants and event centers.

One of the centers I wanted to see was the Palacio Cristal. This place caught my attention because it was primarily constructed for the “Philippine Exposition.” That term sounded familiar but I couldn’t place where I heard it.

After several minutes of walking I finally arrived. The lights were off since there was no ongoing event but the place still looked beautiful. The entrance was Greek-inspired with columns and the rest of the building was a huge glass dome.

Completing the relaxing package was a lake in front and trees all around. I decided to research what exactly the “Philippine Exposition” was. That’s when I remembered where I heard the term before. It was during the lecture of Dr. Ambeth Ocampo about Dr. Jose Rizal in Madrid. It was an event that infuriated him.

It happened in 1887. Spain felt her ties with the Philippines were weakening so the Colonial Master of Spain, Victor Balague, decided to organize the exposition. It started out as just artifacts from the Philippines but later on it escalated to them actually bringing Igorots to live in the Palacio.

The dome was made of glass so they made an artificial tropical forest and village inside. The Spaniards could watch the Igorots live their daily lives. It was dubbed “the human zoo”.

This made Rizal very angry because he worked so hard to make Spaniards respect Filipinos but here they were being ogled at like animals. Some of the Igorots event died of pneumonia because they were forced to wear their bahag even in the cold weather.

As a Filipino living in the 21st century I didn’t know what to feel looking at the structure. Should I throw a stone through its glass roof? Should I spray paint the Philippine flag on it? Should I curse its name?

There were people around me, Spaniards who were just hanging around and admiring the ducks in the lake. They were completely oblivious as to how that structure traumatized my country and my race.

Tourist articles make the “Philippine Exposition” sound like “Van Gogh Alive.” After a few moments of looking at it, I let it go and went home. I am not the only Filipino here. There are many foreigners and immigrants of all races living in Madrid and we are all treated with respect.

I guess it’s one of the new-found wisdoms of the modern times. I need to apply that wisdom, too. A building is just a building; it housed a horrible event but times have changed. Don’t let the sins of the past change new relationships of the future. ([email protected]/PN) 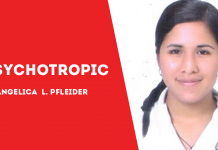 Your argument is invalid

Community at the balcony