ILOILO City – The parents of a school teacher who was a native of Samal, Bataan blamed the Philippine Coast Guard (PCG) and a shipping firm for their son’s death in the Iloilo Strait tragedy on Saturday.

The fatality was 39-year-old Andrew Valenzuela of Barangay San Juan, Samal, Bataan, a teacher working in Abu Dhabi in the United Arab Emirates (UAE). He taught at the Bataan Peninsula State University for 13 years before working in the UAE in 2016.

Valenzuela was with other eight Filipino teachers from UAE onboard the motorboat.

Corazon said her son died along with two female teachers while the others survived.

The mother also blamed the shipping company for the tragedy.

The mother said Valenzuela arrived in Bataan from Abu Dhabi on July 7 and left for Cebu, Bohol and Iloilo on July 29.

He was supposed to return to the UAE on Aug. 20.

She recalled how happy their family was days before Valenzuela left for Iloilo.

Boy Valenzuela said after his son left for Iloilo, he often sent him messages, telling him to take care of himself.

On the day of the accident, he said, he phoned Valenzuela many times but his son’s phone just kept on ringing, only to learn in the afternoon that his son was already gone.

Valenzuela had built a big house for his parents but this was yet to be finished. He had promised to send additional funds once he returned to the UAE. (PNA/PN) 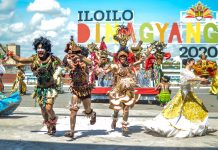