MANILA – Petron Blaze Spikers made a short work of the Marinerang Pilipina Lady Skippers, 25-22, 25-22, 25-8, to stay unbeaten in the 2019 Philippine Superliga Invitational Cup at the Malolos Sports and Convention Center in Bulacan.

Frances Molina top-scored with 12 points, including 10 attacks, on Thursday while Cherry Rondina dished out double-double 11 points and 19 excellent digs.

With the win, the Blaze Spikers improved to 4-0 win-loss slate.
Negrense Bernadeth Pons and Ilongga Aiza Maizo-Pontillas supplied nine points each. Chlodia Cortez had eight points and Angelica Legacion distributed 12 excellent sets.
After being pushed to the limit in the first two sets, the Blaze Spikers got to a strong start in the third set with a 16-8 advantage en route to easily completing a sweep victory.

Eya Laure put a light on the dimming semifinals chances of the Tornadoes as she delivered 16 attacks, two aces and a block./PN 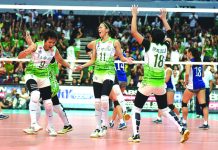 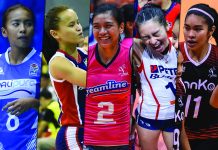 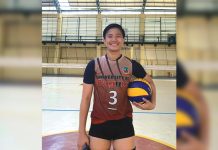