Manila – The Sandiganbayan Second Division has dismissed the P102-billion forfeiture case against former President Ferdinand Marcos, former First Lady Imelda Marcos and 11 of their cronies due to insufficient evidence.

The court dismissed the case in a ruling dated Aug. 5 but was released publicly on Wednesday as the Presidential Commission on Good Government (PCGG), acting as the plaintiff, failed to supply the needed evidences to the court.

* Appropriated revenues derived from the operations of RPN-9, IBC-13 and BBC-2 for their own benefit and unjust enrichment and income
* Allowed their 11 other co-accused to hold and launder purloined funds for and in their behalf prior to remittance and credit to their overseas or foreign accounts
* Participated in the establishment of the California Overseas Bank
“It saddens the Court that it took more than 30 years before this case is submitted for decision and yet, the prosecution failed to present sufficient evidence to sustain any of the causes of action against the remaining defendants,” the ruling said.

“It is settled that in civil cases, the party making allegations has the burden of proving them by a preponderance of evidence. In addition, the parties must rely on the strength of their own evidence, not upon the weakness of the defense offered by their opponent,” it added.

The Sandiganbayan also said the PCGG failed to illustrate how the other defendants acted as dummies of Mrs. Marcos in acquiring ill-gotten wealth.

“Wherefore, premises considered, for failure of the plaintiff to prove by preponderance of evidence any of the causes of action against defendants is hereby dismissed,” it added./PN 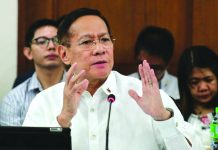 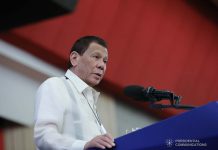