Police identified him as 41-year-old resident Daniel Ballena, who yielded a sachet of suspected shabu.

Ballena was nabbed after he allegedly sold illegal drugs to an undercover officer around 8:30 p.m. on Saturday.

He was detained in the lockup cell of the Sagay City police station, facing charges for violation of Republic Act 9165, or the Comprehensive Dangerous Drugs Act of 2002./PN 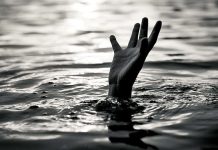