[av_textblock size=” font_color=” color=”]
ILOILO City – The National Greening Program (NGP) implemented by the Department of Environment and Natural Resources (DENR) is expected to boost the forest cover of Western Visayas to reach 15.40 percent from the original 138,000 hectares. Livino Duran, assistant regional director for management service of DENR in Western Visayas, said the forest cover is composed of closed, open and mangrove areas.
NGP and other rehabilitation programs of the government comprised about 53,000 hectares so the forest cover could reach up to around 190,000 hectares.
“The challenge is how to sustain survival rate of 87 percent in NGP as of November,” said Duran.
Moreover, he cited that they have not included in the accounting patches of forest within private lots as well as shrubs, which when accounted for could result in a substantial forest cover of 25 percent.
Aklan and Antique have the biggest forest covers in the region reaching around 50 percent.
NGP is a massive forest rehabilitation program of the government established by virtue of Executive Order No. 26 issued on Feb. 24, 2011 by then President Benigno S. Aquino III. It seeks to grow 1.5 billion trees in 1.5 million hectares nationwide within a period of six years, from 2011 to 2016.
Aside from being a reforestation initiative, the NGP is also seen as a climate change mitigation strategy as it seeks to enhance the country’s forest stock to absorb carbon dioxide, which is largely blamed for global warming.
It is also designed to reduce poverty, providing alternative livelihood activities for marginalized upland and lowland households relating to seedling production and care and maintenance of newly-planted trees.
As a convergence initiative among the Departments of Agriculture, Agrarian Reform and DENR, half of the targeted trees to be planted under the program would constitute forest tree species intended for timber production and protection as well. The other 50 percent would comprised of agroforestry species.
Areas eligible for rehabilitation under the program include all lands of the public domain. Specifically, these include forestlands, mangrove and protected areas, ancestral domains, civil and military reservation, urban greening areas, inactive and abandoned mine sites and other suitable lands./PN
[/av_textblock] 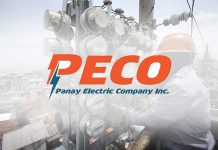 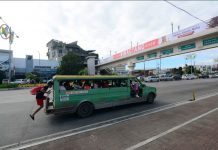 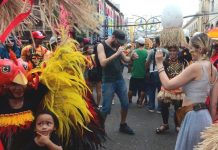