KALIBO, Aklan – All 135 tourists from Wuhan province in China who arrived here on Thursday will be returned to their point of origin, an aviation official said on Friday, as more countries record cases of the mysterious new coronavirus.

Philippine carriers Royal Air Charter and Pan Pacific Airline will launch four flights to take the tourists back to Wuhan, according to Wyrlou Samodio, chief of the Civil Aeronautics Board’s legal division.

Samodio did not immediately give details about the schedule of the flights.

The passengers arrived in Aklan before the Philippines announced it was halting flights to and from the central Chinese city where the virus originated.

Health officials earlier cleared from the illness three Chinese tourists with influenza-like symptoms who arrived in Kalibo. A flight attendant also placed herself in “self-quarantine” after exhibiting suspected symptoms of coronavirus.

A child from Nanjing, China who arrived in Aklan with fever, meanwhile, is under observation, according to the provincial health officer.

China has locked down Wuhan, home to 11 million people, following the outbreak of the new viral strain which has so far claimed 25 lives since its emergence last month.

The illness has been reported in Beijing, Shanghai and Hong Kong and reached other countries like Japan, South Korea, Taiwan, Thailand, and the United States.

The Philippines has reported a suspected case of the new virus after a five-year-old from Wuhan arrived in Cebu City and tested positive for a non-specific coronavirus.

Specimen from the patient was sent to specialists in Australia to identify which coronavirus strain he carried. Results are yet to be released, according to Health undersecretary Eric Domingo.(With a report from ABS-CBN News/PN) 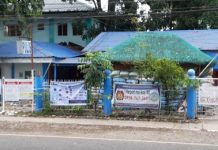