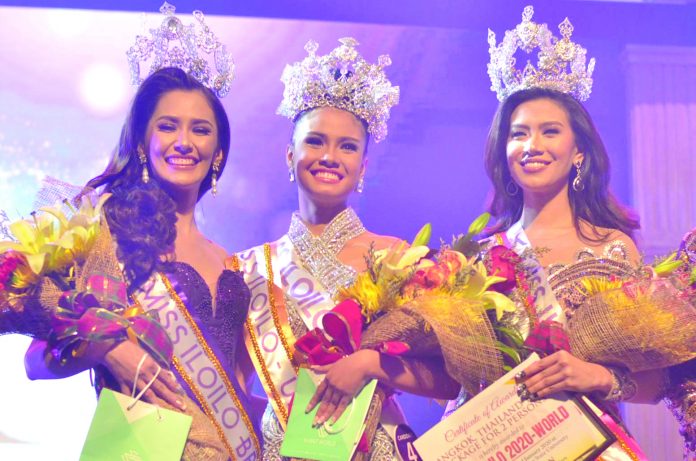 ELEVEN valiant bodies. Five emerged into the shallow. Three got priceless crowns. One will take the road to become the next Miss Universe.

Hundreds of people flocked at West Visayas State University Cultural Center to witness one of the most sought-after events this Dinagyang.

Miss Iloilo 2020 served as an avenue for these alluring, talented and wise women to blossom the buds of their passion for influence, leadership and empowerment.

Loud and proud, vivid colors painted the night for their charisma has bested the skies. Profound advocacies were unveiled – one stood firmly in the crust of education; another pledged as a steward of nature and the other lobbied more mental health discussions.

These three relevant advocacies are the very banners of this year’s title holders. The respectable judges including Miss Universe Philippines national director Shamcey Supsup-Lee and Binibining Pilipinas 2018 first runner up Vickie Marie Rushton had keenly chosen the best representatives of Iloilo to conquer deeper waters in the national pageantry.

Rabiya Occena Mateo, 23 with roots from Iloilo, tainted history by being the first-ever Miss Iloilo-Universe.

“As an educator, I want people to see education the way that I see it – a golden ticket to success. Knowledge is and always will be power, wherever you are, whoever you’re with. If you are knowledgeable you will excel and become successful,” according to her.

She was also lauded for her one-in-a-million answer during interview.

“If I were to be crowned tonight, it will be such an honor to bring to the global community our very own hablon which represents dedication, hard work and creative side of every Ilonggo. Aside from that, I want to show to the world that I am a queen today because of my province and with that being said, I want to prove to everyone that I am a true Ilongga with a heartfelt beauty,” she stressed.

Set to be Iloilo’s candidate to Miss Universe Philippines 2020, she surely wanted the nation to also be part in materializing her advocacy.

Part of her answer during the interview says, “Miss Iloilo is searching for an Ilongga who will depict Iloilo City – the city of love – the malambing na mga Ilonggos and that, we are known for our food, devotion and love. Food because of the delicacies and the La Paz batchoy that hardworking and creative Ilonggos make. Devotion because of the Santo Niño.”

Set to hit the rounds of Miss Philippines World 2020 competition, Roxal is eager to showcase more reasons why one should choose Iloilo. She also highlighted the need to protect Mother Earth saying “she has taken good care of us. It is time we give back and take good care of her, too.”

On the other hand, Conception’s Karen Laurrie Bano Mendoza, 24 was hailed as Miss Iloilo-Binibining Pilipinas 2020.

She will be the official Iloilo screening candidate for the Binibining Pilipinas 2020 beauty pageant.

“Show someone who are struggling from mental illness that life is wonderful. Let’s assure them that they can do it, and they don’t have to do it alone,” according to Mendoza.

Miss Iloilo 2020 is a huge milestone, not just for the title holders, but for the rest of the women who challenged themselves to become their best version. All the lessons from this journey will remain planted in the soil of their depths, and would soon grow vibrant fruits in the future.

These women may serve as an inspiration to the young girls dreaming to be someone who could spark a change in the future – to be innovators and nation-builders – to traverse farther roads, bolder and braver./PN 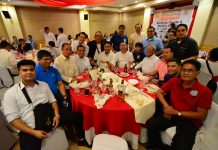 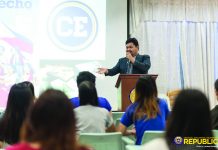 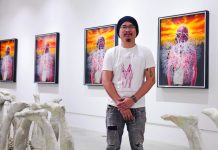