“He was referring to an anti-discrimination bill, not SOGIE bill,” Presidential spokesperson Salvador Panelo told the media on Wednesday.

What the president supposedly had in mind was a measure “much like the anti-discrimination ordinance existing in Davao passed when he was still the mayor there,” Panelo said.

Panelo – in an interview with CNN Philippines – said the SOGIE equality bill is problematic because it supposedly “discriminates” since it benefits only LGBTQ+.

By certifying the measure as urgent, it would have allow the Senate and the House of Representatives to approve the measure on second and third reading on the same day in their respective plenaries.

President Duterte has been vocal of his support to the LGBTQ+ community and was pushing for the passage of the measure. He also said recently about his plan to issue an executive order for the creation of a committee that will address the problems experienced by the LGBTQ+.

In the previous 17th Congress, SOGIE languished in the Senate after the House of Representatives approved its counterpart measure. Sen. Risa Hontiveros re-filed the bill last month.

The SOGIE bill seeks to penalize discrimination against the LGBTQ+ community by a fine of P100,000 to P500,000 or imprisonment of six to 12 years subject to the discretion of the court./PN 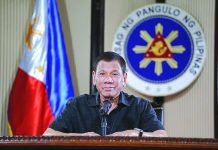 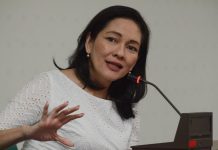 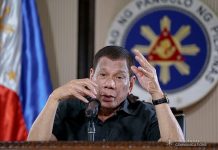